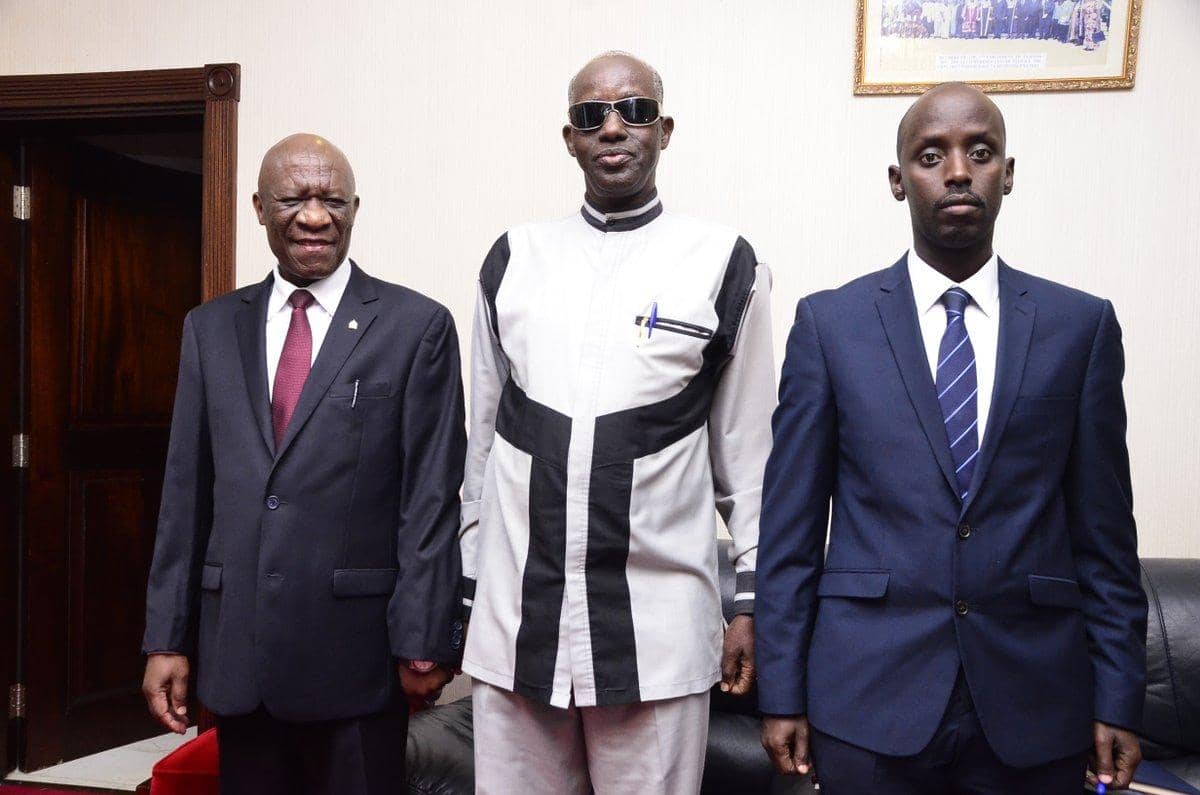 She said Tumwine accosted her following a statement she made in the House that he had pulled a gun on her in the Seventh Parliament.

“Gen. Tumwine got out of the House and found me seated by the pigeon-hole lobby with colleagues. He came to me with a lot of anger saying ‘you are a liar! I never pulled a pistol on you,'” Cecilia Ogwal said.

She made the revelation while appearing before the Committee on Rules, Privileges and Discipline. The committee was tasked by the Speaker to investigate reports that the security minister belittled Parliament and the Speaker; and made threats to the Dokolo Woman MP.

Cecilia Ogwal read excerpts from the Hansard of the plenary sitting on Tuesday, 23 July 2019 in which she explained why she raised the matter against Gen. Tumwine.

She also told the Committee that the incident of Gen. Tumwine pulling a gun on during the Seventh Parliament followed a heated debate in the House on the subject of indoor spraying of DDT.

“He was promoting the use of DDT but we were opposing it because we wanted to protect organic farming. So when he felt that our arguments were too strong for him, his response was to hold the gun at me,” Cecilia Ogwal said.

She added that Gen. Tumwine, at the time, ‘physically attacked’ the Deputy Speaker (Jacob Oulanyah) when the latter was Chairperson of the Legal and Parliamentary Affairs Committee.

Cecilia Ogwal alleged that there was tampering of evidence saying, “Gen. Elly Tumwine, being the minister of security, could have ordered the tampering of the evidence as recorded by the CCTV cameras.”

The Committee Chairperson, Hon. Clement Ongalo-Obote said Cecilia  Ogwal’s witness would be included in their report to the House.

Bukonjo West MP, Hon. Godfrey Katusabe, also appeared before the Committee and said that Gen. Tumwine made statements that belittled  Parliament and the person of the Speaker.

Katusable said that this followed his meeting with Gen Tumwine when he approached the minister following the shoot-to-kill orders to the residents in Kasese district who were rioting over the closure of the Mirama abattoir.

“The security minister told me to tell my people to keep away from a place which is their daily source of livelihood, or else they would be shot,” Katusabe narrated.

He added that on getting a negative response from the minister, he informed him that the matter would be raised on the Floor of Parliament; the Minister then retorted by making derogatory statements about Parliament and the Speaker.

Katusabe added that he was fearing for his life following an incident where a car with armed personnel rammed into him. Hon. Wilfred Niwagaba (IND, Ndorwa East) advised Katusabe to raise the security threat on his life in Parliament so that it is on record.

The Committee now waits to interface with Gen. Tumwine before compiling a comprehensive report that is to be presented to Parliament within two weeks.